On December 5, 1988 – with a population of less than 5,000 – the Town of View Royal was incorporated and became its own distinct municipality comprising approximately 2,500 hectares of land. Since that time, the community has experienced significant growth and development while still maintaining much of its small town character. As a gateway between Victoria’s urban core and the growing West Shore municipalities, View Royal today is a thriving community of approximately 10,800 residents located in Vancouver Island’s Capital Regional District (CRD).

In 2006, there were almost 3,350 housing units in the Town with half of those being detached homes. There is a high rate of home ownership in the Town (75% compared to 66% for the CRD) and 40% of the housing stock is thirty years of age or newer. With respect to population, the median age of View Royal’s population is 43.5 years of age which compares to the CRD’s of 43.6. In British Columbia, the median age is 40.8 (information from Statistics Canada, 2006 Census).

For land use planning purposes, View Royal has been divided into eight distinct neighbourhoods based on such factors as topography, major transportation corridors, natural environment and the age of housing stock. Each neighbourhood also has unique characteristics pertaining to the number and type of residential dwellings and the presence of commercial or retail shops. 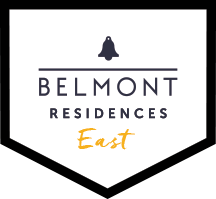